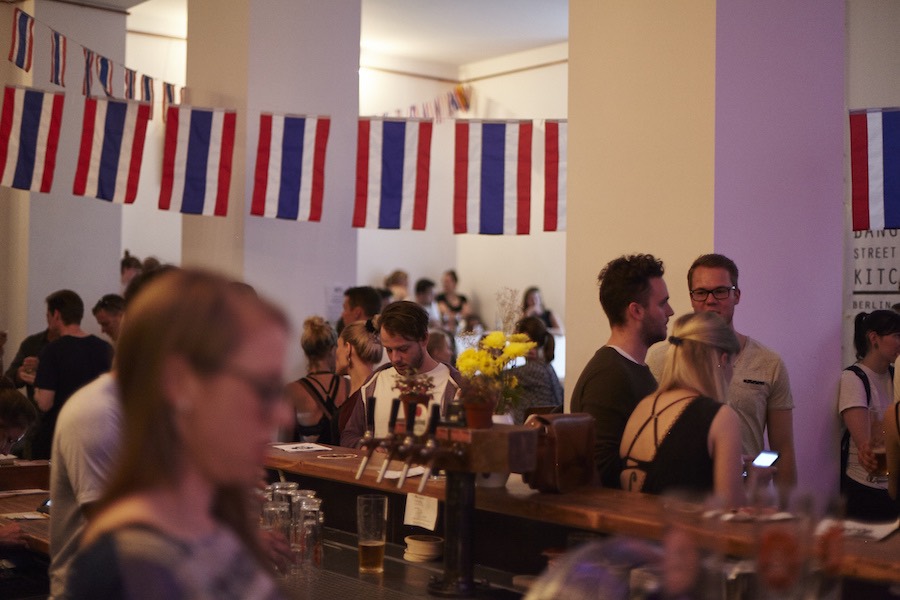 Keep Berlin Weird and the Prachtwerk Berlin in Neukölln teamed up this June for a very special event: The first Prachtwerk Street Food & Street Art Market which featured some of the best things Berlin has to offer: Great street art, fantastic street food, and awesome electronic music. The first installment of this event had a Thai theme and was called “Taste of Bangkok”. 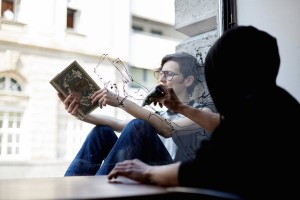 Prachtwerk is a beautiful art and music venue centrally located close to Rathaus Neukölln. In they daytime they function as a café and regularly cater to people working on MacBooks and enjoying delicious coffee. At night they often feature music concerts and open stages. Prachtwerk also has art from local artists on display and there is a small gallery in the basement for art installations. 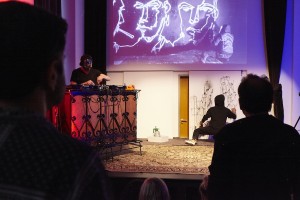 For the first Prachtwerk Street Food & Street Art Market Berlins famous street artist and artivist Prost (1L) showcased his current work, oneliner with a second chance. 14 of his artworks, which have previously been shown at Plateau Gallery, were at display for this evening at Prachtwerk. But that was not all. He also placed some permanent work on a wall on the basement of Prachtwerk and also the front windows were designed by him with his landmark oneliners with special window color. His window oneliners got very famous last year when Prost was featured in Megaloh’s music video Dr. Cooper as he drew the German Hip Hop Star through a glass-door. 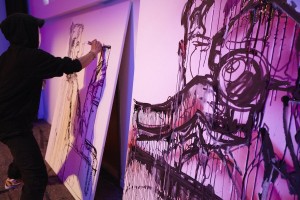 In addition Prost performed on stage over the evening with live painting acts, creating a total of four new artworks on canvas. For one of his paintings he asked one of the attendees to join him on stage and he surprised the girl that he was going to draw a full body portrait of her.

Apart from art there was plenty of food. The Thai food specialists from Bangkok Street Food Kitchen delighted everyone with some of the best dishes Thailand has to offer. They showcased a Thai Curry stand which offered not only Mussaman Curry – the king of curries – that has been voted number one on CNN’s World’s Best 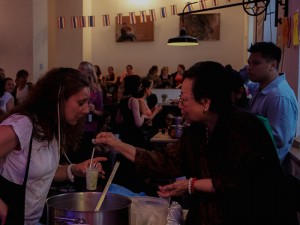 Foods list. They also brought along the typical green, red, and Panang style curries and also offered a vegan version which people really liked. Also on offer was the all-time favorite noodle dish Pad Thai as well as spring rolls and for dessert sweet Thai coconut noodle (Lawt Chong). And of course there was Thai beer! The two famous Thai beer brands Singha and Chang were readily available for the thirsty crowd. 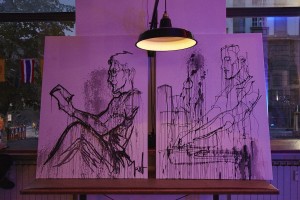 One artist. One city. Oneliner. One night only. One fine line. One sequence as the result of a vast number of moments. The reality of “Mein Lieber Prost” drawn on paper, wood, and walls. You are invited to witness a variety of personal perspectives, feelings and thoughts on his environment, compressed into a fine line; the present moment documented in black and white.

Mein Lieber Prost is a known street artivist who is currently fully concentrated on his New Project “1L -One Liner” – a collection of works that are created in one stroke. The unique venue and view of the Plateau will supply the inspiration to the new works that will be made and presented to the public at the Plateau Gallery in Berlin. During his residency at the gallery he will breathe in the unique structural conditions and soak in the suburban surrounding to bring his Exhibition “One Fine Line” into being.

The venue (which spans more than 400 square meter) overlooks the roofs of Berlin; a panorama has inspired him to challenge himself into creating the longest One Liner to date.

Just like the name implies, a oneliner is a picture drawn with only one line and finished without a single stop. Mein Lieber Prost always goes on and never looks back. 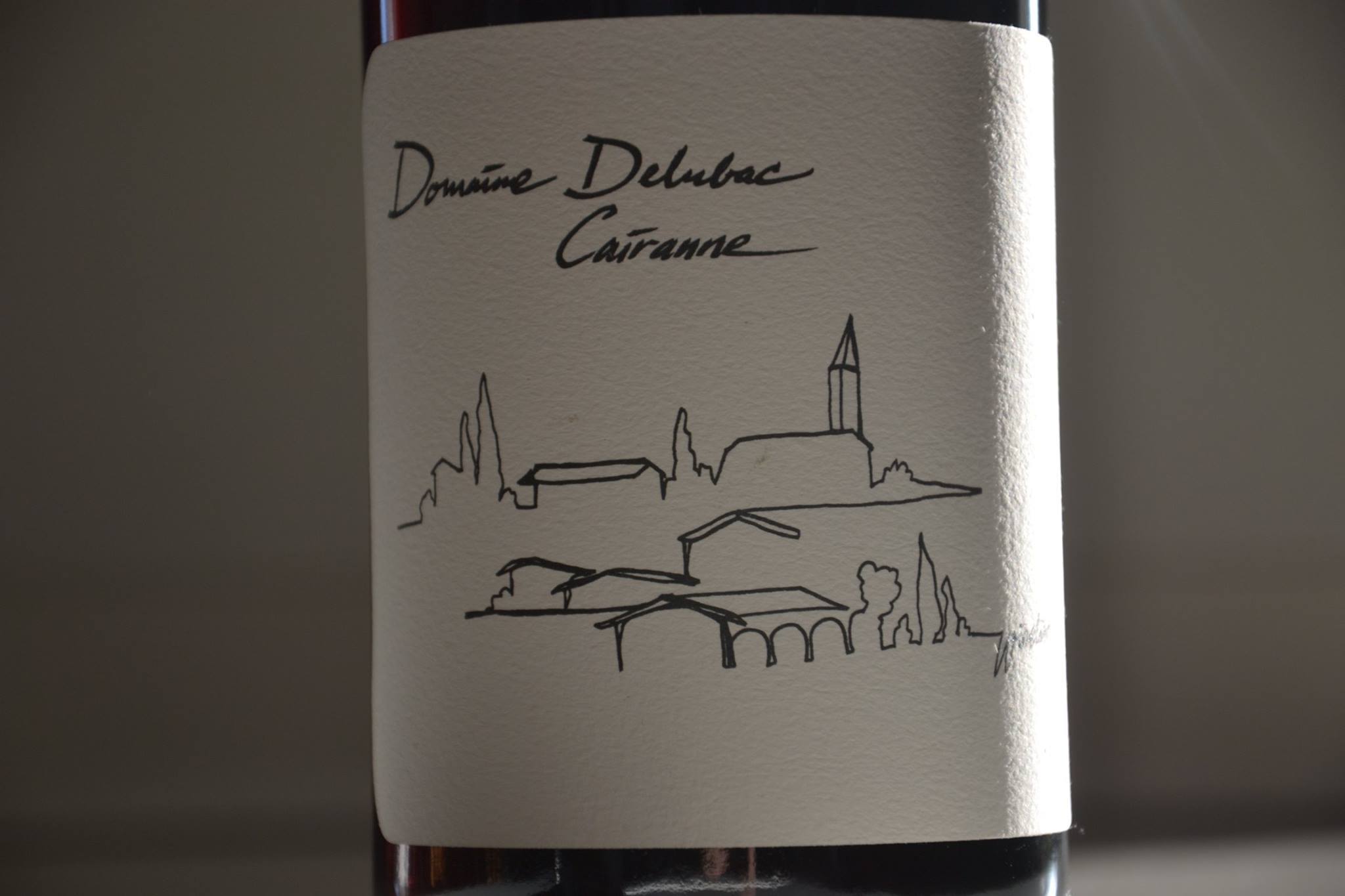 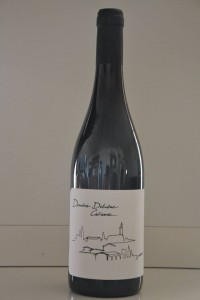 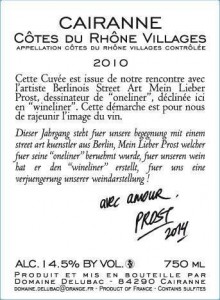 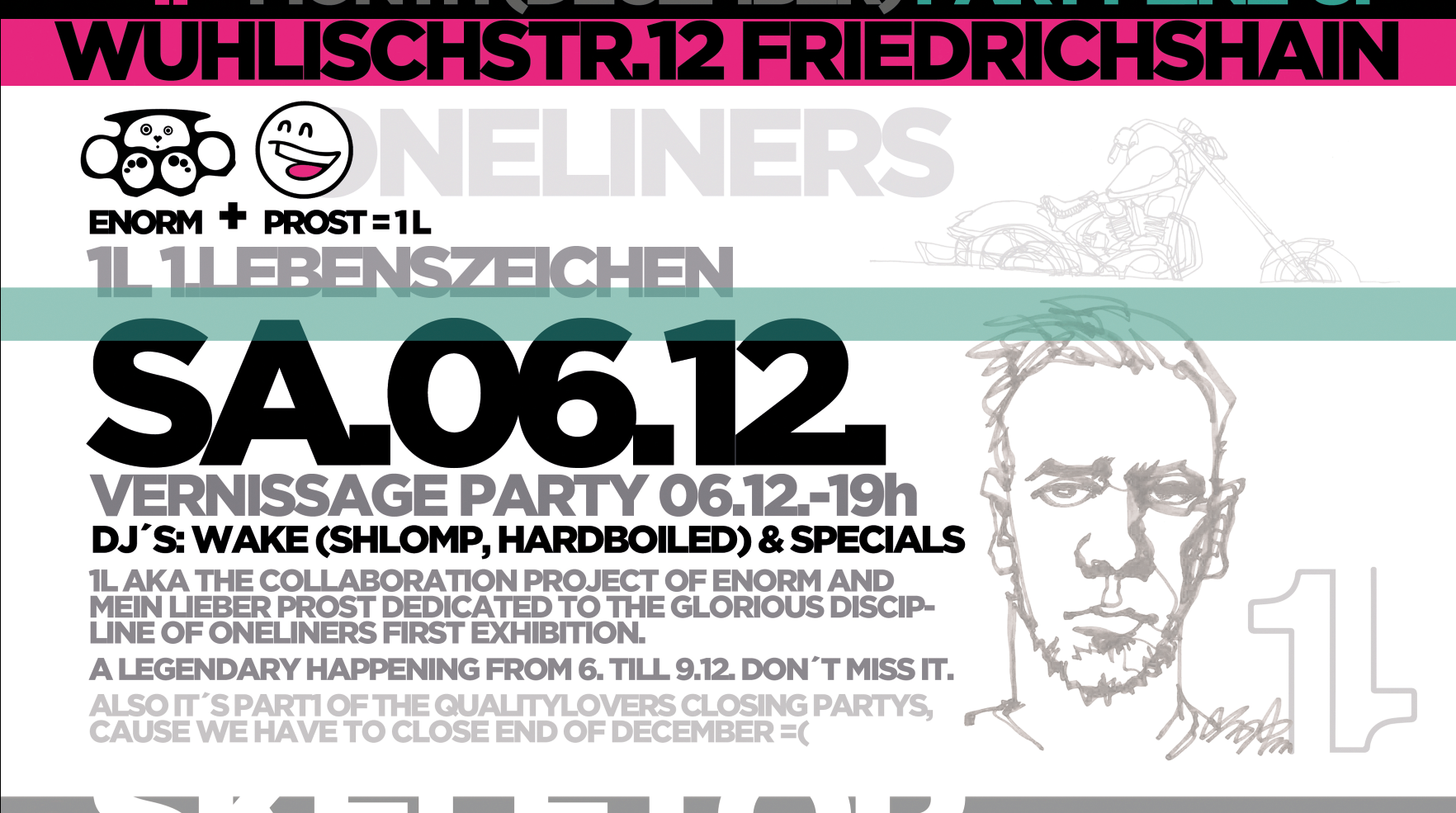 1L aka the collaboration project of Enorm and Mein Lieber Prost dedicated to the glorious discipline of Oneliners first exhibition.
A legendary happening from Dec. 6th till 12th. Don’t miss it.
Also it’s part one of the Qualitiy Lovers closing parties, because the QL-Galery unfortunately has to close end of the year due to the landlord not extending the contract.

BTW this video shows a taste of Prost and Enorm spraying Oneliner blindfolded: 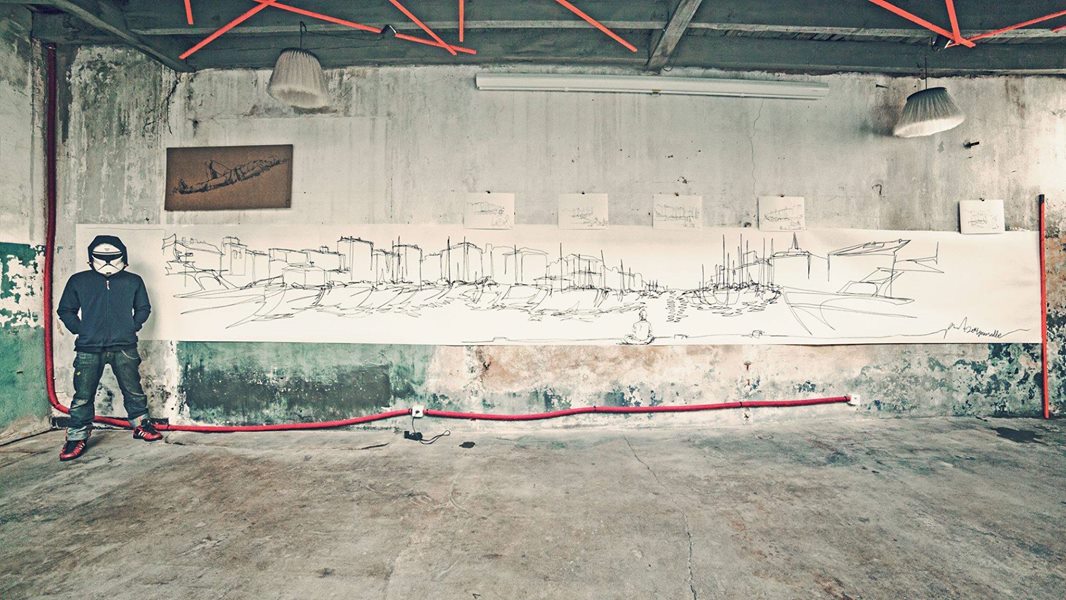 During his last exhibition “Made in Berlin, Mad in Marseille”, Berlin Street Artist and co-founder of Keep Berlin Weird, Mein Lieber Prost, presented an more than 10 meter long extraordinary Oneliner of the city of Marseille in France.

This video shows the process of how he drew this nice masterpiece:

Drawing oneliner is like living a life.
You just have one chance.
You draw all in one line.
You don’t take the pen off before it is done.
You don’t erase.
You regret nothing.
You keep on drawing
from the beginning.
Until the end.
— Prost

Want an Oneliner from Prost for your home? Check the Keep Berlin Weird Shop!

Mein Lieber Prost “Made in Berlin, Mad in Marseille.” Exhibition

Berlin streetartist Prost appears in the Promo Video of Kenji451’s new track “Trust” which is soon to be released on edit entertainment.

The collaboration started when Megaloh vistited Mein Lieber Prost’s last exhibition “A Painting would not be a Painting without Pain” at Aus Liebe zur Kunst gallery in Berlin-Prenzlauer Berg. Most of the Megaloh sequences in the video were shot on the exhibition grounds. Megaloh also goes for a ride on the famous Prostie Bike in the video. 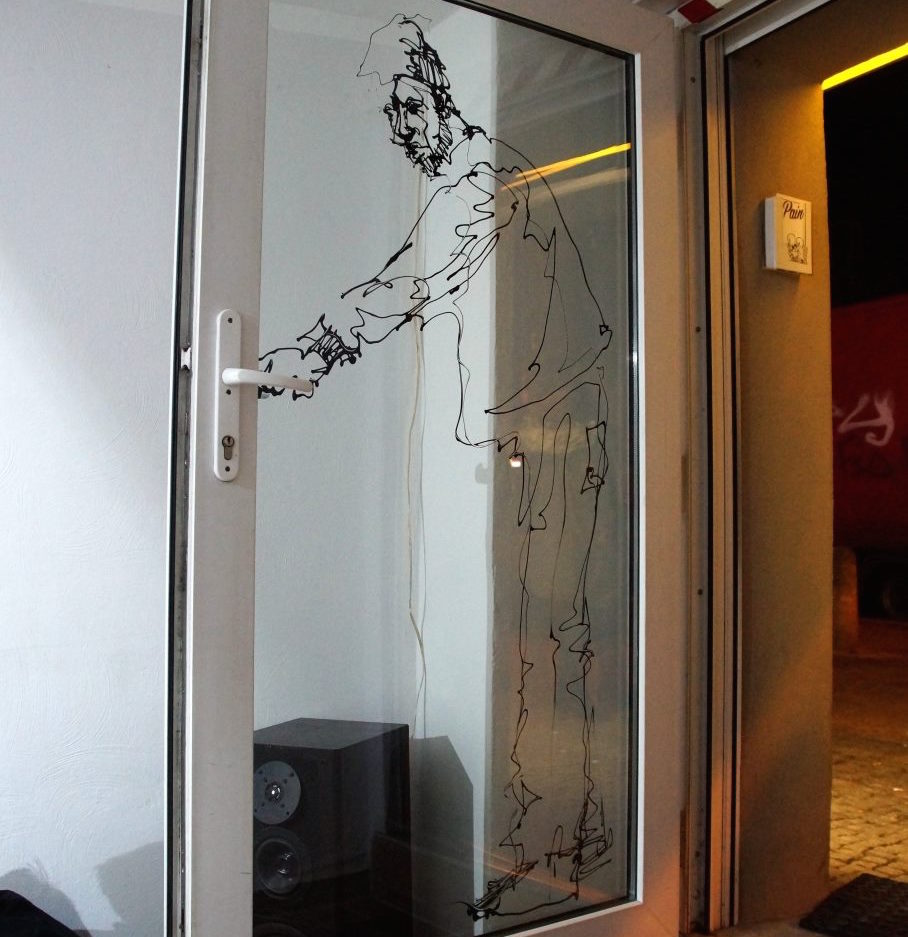 To get in contact with us or any of the artists: yo (ät) keepberlinweird.com